Back in 1984, our Managing Director Graham Worraker was involved in the repair of one of Suffolk’s most iconic landmarks. The current site was formerly known as the Post Office Research Station, Martlesham Heath, and first opened its doors on 21st November 1975.

The station was initially used as a centre for telecommunications research, in place of the wartime Dollis Hill research station in North London. In the 40 years that have followed, the BT Labs have been responsible for many ground-breaking innovations that have contributed to the on-going transformation of the communications industry across the UK and around the world. 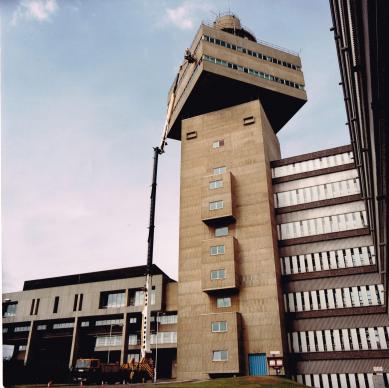 Concrete repairs were carried out over a 12-week period using a combination of access methods. Where possible, access was achieved via suspended cradles. For the more difficult areas, an aerial platform was used.

This was the view from the basket of the truck below. Graham assures us that “It took a bit of getting used to.” 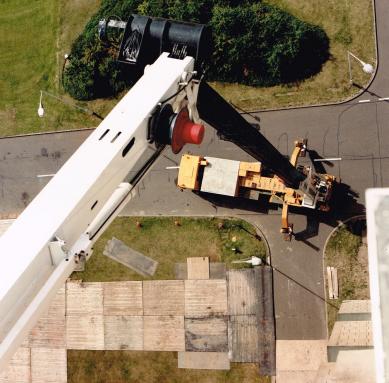 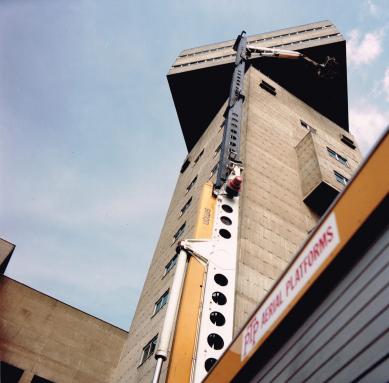