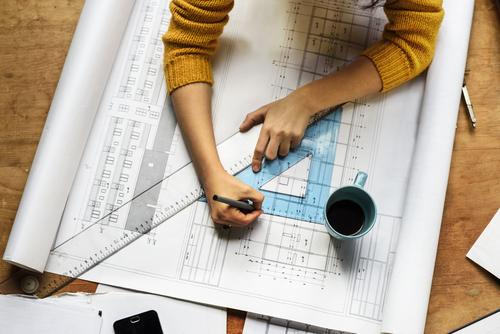 Leading the way for female architects, Elisabeth Scott won a competition to design the Royal Shakespeare Theatre in 1928. At this stage, women were still not allowed to vote, so to achieve this recognition in the world of architecture was some feat! Whilst this caused some controversy at the time, without Elisabeth’s role in architecture, it would have taken even longer for female architects to get the recognition they deserved for their talents.

Whilst Sterling is well known in architecture circles, he is perhaps less talked about when compared to some of the other great British architects. Sterling designed Andrew Melville Hall at St , the History Faculty Library at Cambridge and his design of No. 1 Poultry in London was completed after his death. No. 1 Poultry is an iconic part of London’s famous financial district and the postmodernist building design was so great that the government made  grade II listed. It now holds the title of being the youngest listed building in England.

Butterfield worked on a number of high profile building designs but perhaps one of the least known is St Michael’s Vicarage on Burleigh Street in London. It is worth noting that Butterfield is regarded by many as one of the pioneers of polychrome brickwork. A Gothic Revival architect, Butterfield had a big part to play in the design of religious buildings, schools and colleges. Keble College Chapel at Oxford is one of England’s most stunning examples of architecture and is arguably Butterfield’s most prominent piece of work. The All Saints on Margaret Street in London should also be mentioned as one of his most famous designs. He took his talent further afield as well, namely St Paul’s Cathedral in Melbourne, Australia.

Every one of these great architects is unsung in one way or another, yet it is worth remembering the vital role that they played in the history and development of British architecture. From designing and developing innovative structures to completing historic building renovation, the results of their passion and dedication are clear to see. Each true leaders and visionaries in their respective field, they led the way for others to follow and changed the rules and direction of building architecture for many years to come.