Request a Call back 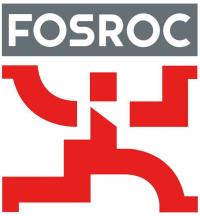 Water based acrylic copolymer protective and decorative coating for concrete and masonry.

To protect atmospherically exposed reinforced concrete structures, cementitious substrates and masonry from aggressive elements, weathering and rain. Dekguard W is suitable for use on all types of structures, including those in coastal environments. It is equally suitable for new and existing structures. Dekguard W is a component of Fosroc’s Renderoc system of concrete reinstatement.

The Dekguard W system comprises a single component, penetrating silane-siloxane primer and a single component pigmented coating, both ready for immediate site use. A range of reactive primers are available to suit substrate porosity and site conditions and inhibit the passage of water and waterborne contaminants.

The protective coating shall comprise a penetrating silane-siloxane primer and Dekguard W, a single component aliphatic acrylic coating. The total dry film thickness of the coating shall be not less than 150 microns and shall be capable of providing carbon dioxide diffusion resistance equivalent to not less than 279 mm of 30 N/mm2 concrete cover (by the Taywood method).